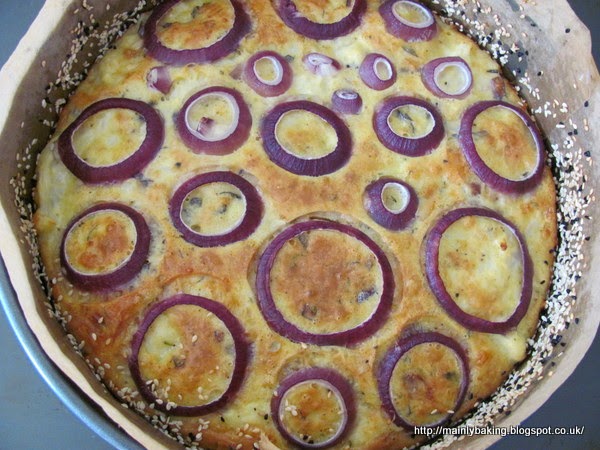 Yotam Ottolenghi is a chef I admire greatly; his recipes often have Mediterranean or middle Eastern influences and he's perhaps best known for recipes based on vegetables - perhaps not 100% vegetarian, but where vegetables take the starring role.

This cauliflower recipe, which comes from his new book 'Plenty More'; is called a cake, but the texture is more like a frittata; flour and baking powder are added to a lot of eggs to give a lighter, but somehow also sturdier, texture than the traditional frittata. 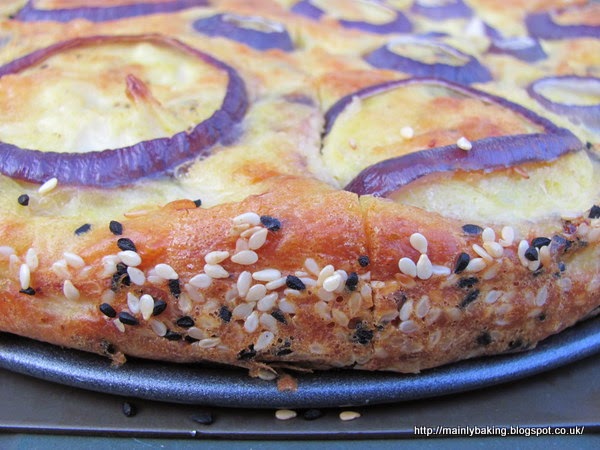 The picture of the cake, which was published in the Guardian Weekend magazine, along with a few others from the book, instantly attracted both of us. My husband liked the pattern of onion rings on the top and I liked the description of something more appealing than a cauliflower cheese! I followed the recipe exactly, although I was slightly short of basil - the plant on the patio didn't really recover from the last harvesting; I suspect it hasn't had enough sun this year. The tin I used was slightly larger than the tin specified - I had the choice of using either a larger tin or a smaller one, and went with the larger one - but the cake still needed the full cooking time to get enough colour on top. 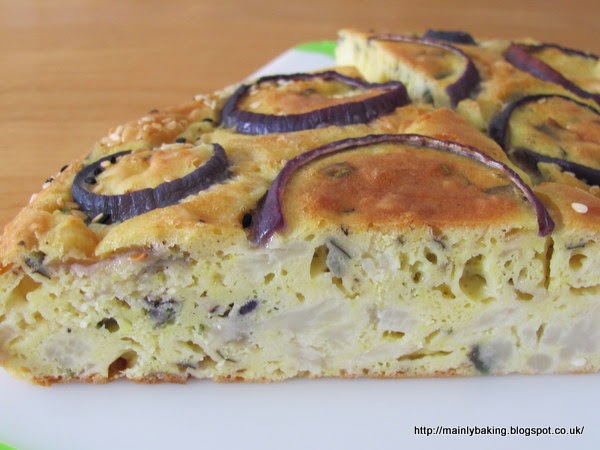 There are lots of big flavours in this cake - cheese, rosemary, onion, basil, sesame and kalonji seeds - and they do rather overwhelm the cauliflower, but nevertheless this is a really delicious and unusual way to use the vegetable. This makes a good dish to eat at room temperature, with a salad or hot vegetables, but is also something suitable for a picnic or buffet table. It's sturdy enough to withstand transportation, especially if it's left in the tin until required, and can be eaten as a finger food.


I can't resist adding this last photo - just to prove that this recipe turned out looking as it should! 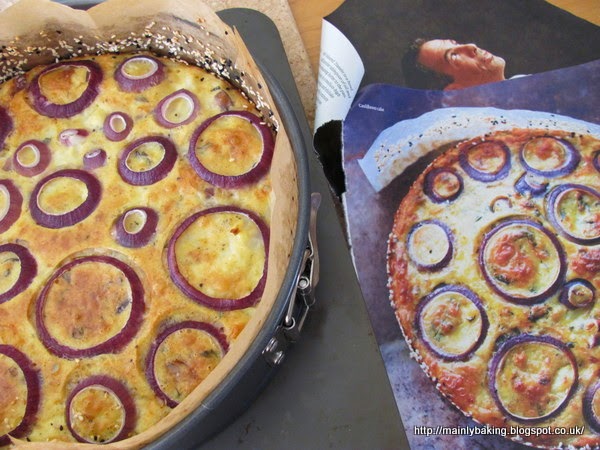 Yours looks even better than his! I was drawn to this recipe too but slightly put off by the number of eggs. Will have to try it now you've said its good though. Delicious :)

That sounds and looks utterly gorgeous! I too love Ottolenghi. This is a dish for the weekend.

That looks delicious, Suelle. There were some really interesting recipes in the magazine, but you've inspired me to try this one. Great flavours, and as you say, an unusual way of using a cauliflower.

Katie - if you think of it as an omelette which will serve 6, then the eggs don't seem to be excessive. The texture is more like omelette than cake!

Fabulous - saved for another day.