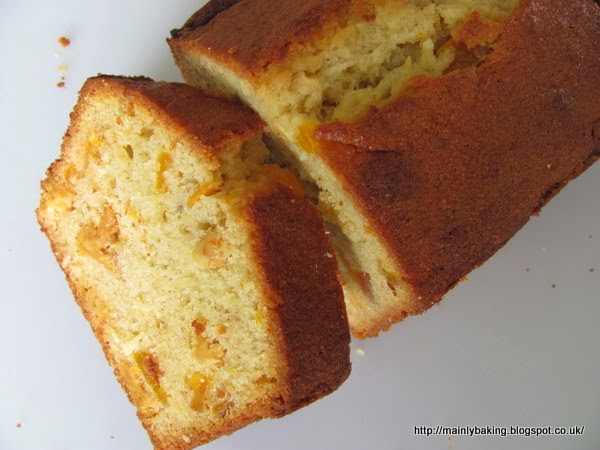 Although blogging about my baking has made me more adventurous, one of my frequent regrets is that I don't get a chance to remake things that I really liked first time around. It's one of the penalties of always looking for something new; although I often make flavour adaptions of good recipes, so that they are a little bit different the second time around, some recipes inevitably fall by the wayside. This was true of this Dan Lepard recipe, which he calls Tropicana Banana Cake (for the totally tropical taste, I guess!). I made the cake back when the recipe was originally published in 2009, noted my dislike of the very sugary tropical fruit mixture I'd chosen, and then almost forgot about it. 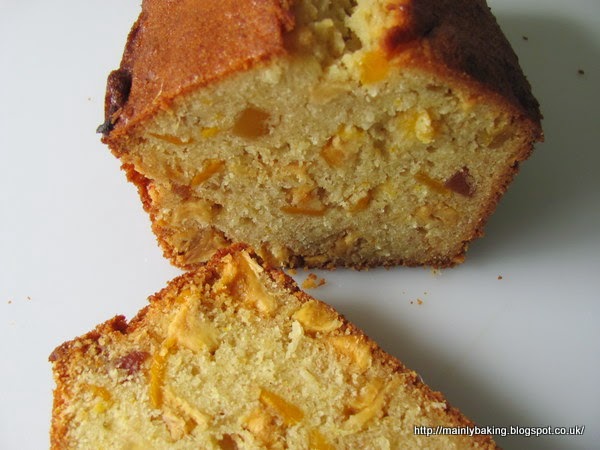 I say almost, because when Caroline of Caroline Makes started her Formula 1 Foods challenge at the beginning of the month, this was the first thing I thought of for the Malaysia leg of the journey around the world. The idea behind the challenge is that we make something inspired by the country where the current Formula 1 Grand Prix race is taking place. Caroline often bakes while her partner watches the GP, as it doesn't interest her, and thought there might be others in the same situation. I do actually watch the races, although they are not as interesting as they used to be (and a snooze on a Sunday afternoon, in front of the TV, is no bad thing if the race gets too boring), but thought the challenge sounded fun. 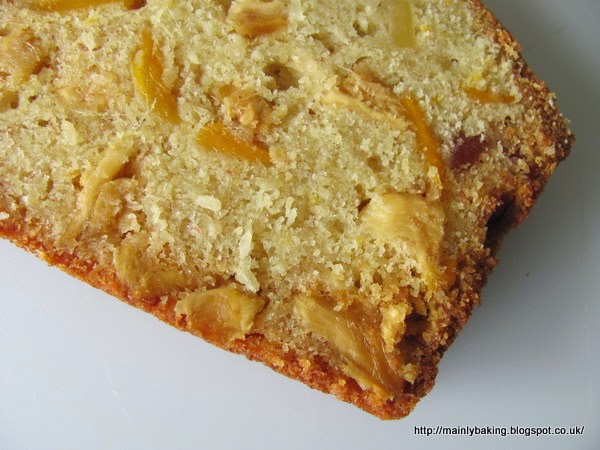 I looked at recipes for traditional baked sweet treats originating in Malaysia, but didn't think any of them were quite within my capabilities or budget. Pineapple tarts looked delicious but most recipes used 3 or 4 pineapples cooked down with sugar to a solid mass, which was then formed into balls and put into pastry cases. However, what all the recipes had in common was their use of the tropical fruits of the area, which brings us back to the Tropicana Banana Cake. This contains banana(!), coconut, pineapple, mango, papaya and orange - what could be more evocative of the tropical far East? 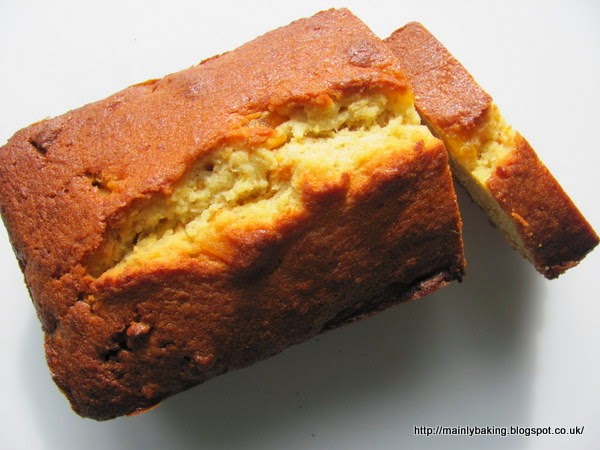 This time I managed to find soft dried mango and pineapple which had been dried without adding any sugar, but the papaya had been processed with a lot of extra sugar, so I only used a small amount of that. The 175g of dried fruit needed was made up of 70g each of mango and pineapple and 35g of papaya. I followed the recipe exactly - it's a slightly unusual method but it does give the good results promised by Dan Lepard.

The cake was as good as I remembered - a subtle blending of all the added flavours, with coconut as the predominant flavour, and a light, but moist, tender crumb. The added bonus, for me this time, was that the fruit stayed evenly distributed throughout the cake - last time the sugar heavy fruit pieces sank dramatically.
Posted by Suelle at 13:40

I try to explain to people that I hardly ever make the same thing twice - I don't know that they believe me though.

Love anything exotic, so this cake would be right up my street x

I can certainly identify with not baking the same thing twice as I want a new recipe to put on my blog. The bakes that I repeat are undoubtedly favourites and like you I often make variations of the same recipe. I've made pineapple tarts before and they are very time consuming and labour intensive. I love banana bread and this tropical version sounds delicious!

That looks a delicious tropical cake. Love the idea of using dried pineapple and mango in the cake, nice little chewy bits. You got a beautiful rise to it

A delicious looking cake, and I love the tropical flavours.

I think you were right not to make those pineapple tarts, mine didn't turn out too well! This cake looks delicious -thanks for sharing with Formula 1 Foods!