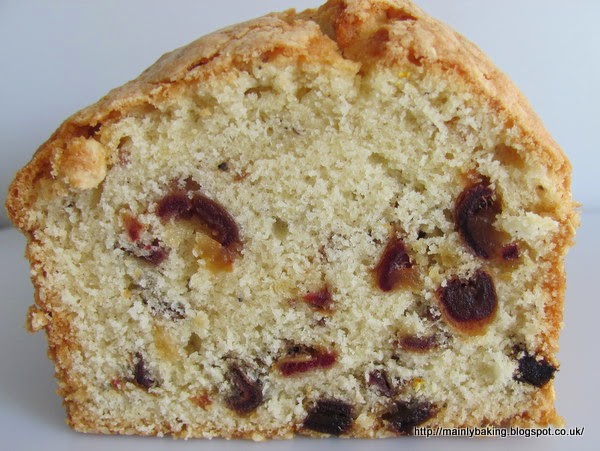 I love the flavours used in Middle East desserts and sweets, so was quite confident of finding something to make for the Bahrain round of Formula 1 Foods, the new blog challenge from Caroline, at Caroline Makes. The idea is to follow the Grand Prix racing season and cook something inspired by the country in which each race is held. 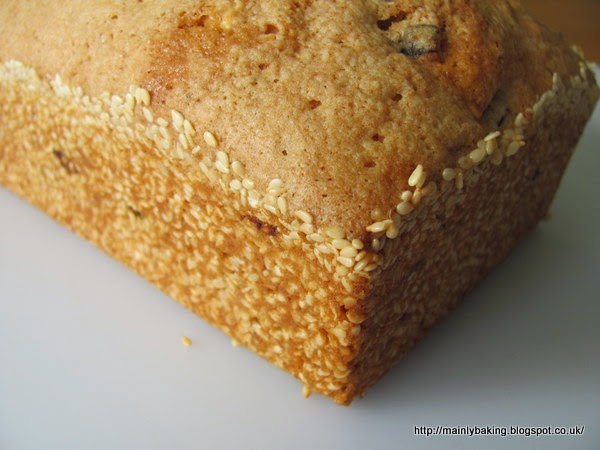 My confidence lasted until I started searching, when I discovered that almost all recipes for cooked pastries from the Gulf States involve deep frying. It's understandable - a desert lifestyle isn't conducive to building or using ovens, so most traditional recipes, even for breads, are cooked over open fires (or on the hob for more modern cooks). Unfortunately, I have an uneasy relationship with deep frying, dating back to setting fire to the kitchen over 30 years ago, so didn't really want to deal with fried desserts.

However, on this great blog about Middle Eastern food, called Ya Salam Cooking, I found a recipe for a baked date cake in the Bahraini section. I'm not sure how authentic it is - it may be that the author is just combining Middle Eastern flavours with a Western style of cooking, but I found a few similar recipes, often called Arabic Date Cakes, on Google. That was good enough for me! 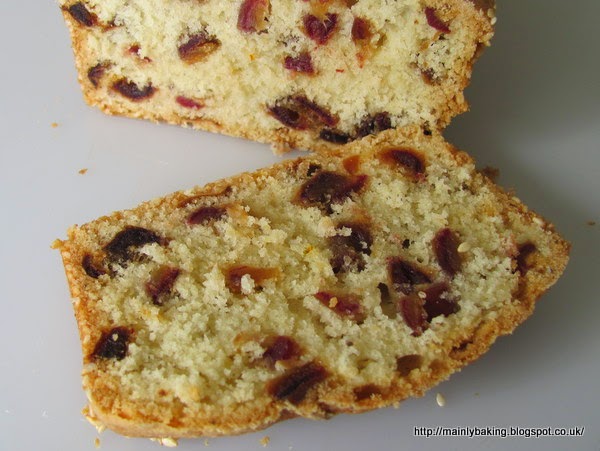 This cake combines dates with rose water, cardamom, saffron and sesame seeds to give a wonderfully fragrant and moist cake. The quality of the dates is important, and I found some delicious soft and sticky dates in the snack food section in Waitrose. I didn't need to pre-soak them, as suggested in the recipe. They were so sticky that I tossed them in a tablespoon of flour from the recipe quantity, to make sure the pieces didn't stick together or sink in the cake batter. 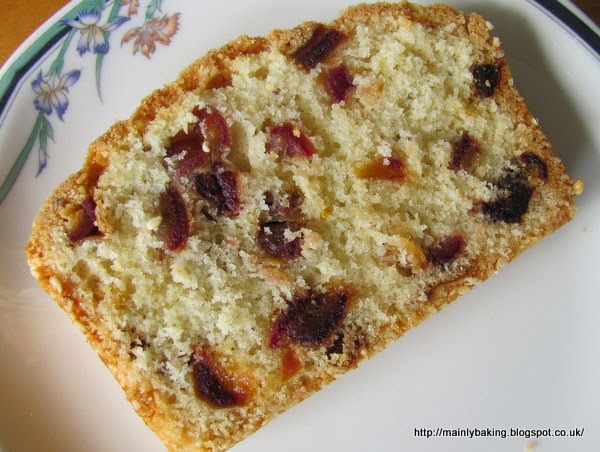 I followed the recipe almost exactly; the only difference was the amount of water I used. By the time I'd added 150mls of water I already had a batter with a soft dropping consistency. At this point I was worried that a sloppier batter wouldn't cook properly, or support the chopped dates, so decided not to add any more water. My loaf took quite a bit longer to cook than the recipe suggested, but the picture with the recipe suggests a much larger 'loaf' tin was used, as the cake looks much shallower than the one I produced in a 2lb loaf tin.

As the recipe only used 1 egg, a relatively small proportion of butter and only water to mix the batter, I wasn't sure how well it would turn out. I needn't have worried - it was light and moist, with a close crumb. The chewy, sweet dates, which stayed soft, made the cake seem rich to eat, and the rosewater and cardamom added fragrant and spicy notes. I really love the flavour of rose in cakes and desserts but even small quantities can be quite strong, so use with caution! The only thing I wasn't sure about was the saffron - it didn't seem to add anything to either the colour or the flavour of this cake (and my saffron was new, so I can't blame old stock that had lost it's quality). As it's so expensive, I don't think I'd use it, if I made this cake again.
Posted by Suelle at 11:38

How long did you soak the saffron for? I find it needs a good half hour to release its colour.

This cake sounds really good though.

The saffron probably had 20 minutes soaking, while I was preparing all the other ingredients. Perhaps my 'pinch' wasn't big enough!

Oooh. Rose, cardamom and saffron. So good. Looks perfect and well worth the research.

This looks so delicious, what a fantastic flavour combination: dates, sesame seeds, rosewater, cardamom and saffron.

Ooooh cardamom and saffron are some of my favourite flavours. I really don't use them enough. This sounds delicious with the chunks of squishy date. Yum

Love the flavours in this cake Suelle. It sounds really delicious, and well done for finding a recipe from Bahrain.

A great entry for Formula 1 Foods - thanks for linking up again! Looking forward to seeing what you've got up your sleeve for Spain!