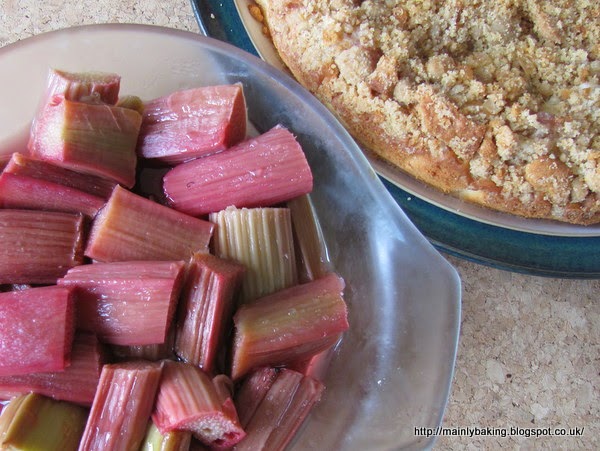 For me, there isn't a much better culinary sight than the first harvest of our home grown rhubarb! It's one of the few foods that is still seasonal for me, as I don't freeze any, so I really look forward to watching the stems grow large enough for harvesting. I'm lucky in that the variety we're growing stays quite pink after cooking, which seems unusual for unforced rhubarb - it makes desserts look much more attractive. (I've no idea what variety it is - it was already growing when we moved here.) At the moment, I'm cooking rhubarb at least once a week, even if it's just cooked fruit to eat with yogurt, rather than a full dessert. 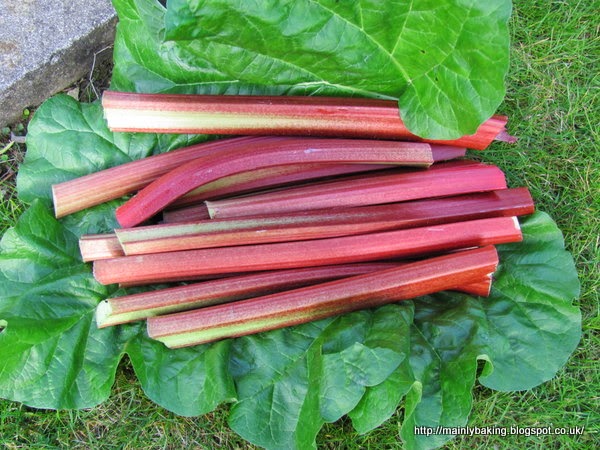 After making the tiffin loaf last week, I had a half a pack of gingernut biscuits leftover. As they weren't the best quality, and not very nice to eat on their own, I decided to incorporate what was left of them into another dessert. I also had about 80g of condensed milk left from the same recipe, which needed using up as well. I took my inspiration for this cake from this recipe on the Delicious magazine website, but I changed the base a lot, and added crushed gingernuts to the topping, as well as extra ginger.

Rhubarb: Cut 250g rhubarb into 2.5cm lengths and mix with 50g caster sugar and 2 teaspoons of plain flour. Stand for 15 minutes, during which time most of the sugar and flour will stick to the juices seeping from the fruit. 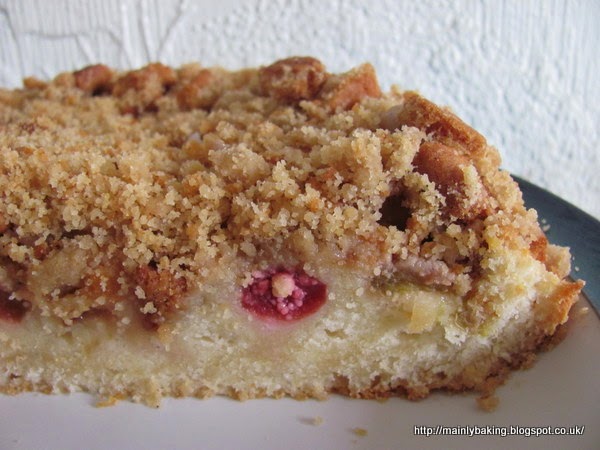 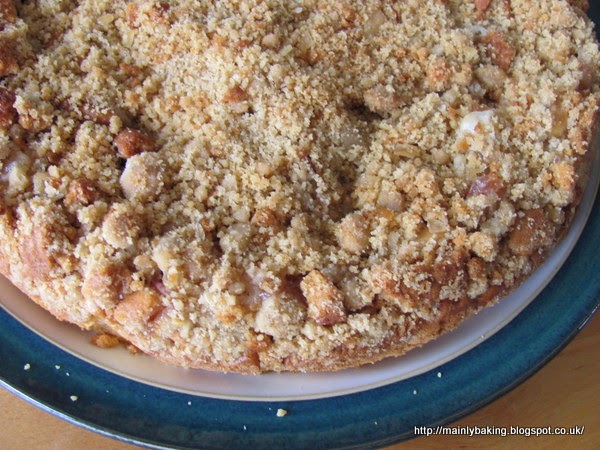 Assembly: Heat the oven to 180C and line a 23cm loose-bottom round cake tin with baking parchment. Spread the base mixture evenly into the tin, and top with the fruit. If there is any dry sugar mixture left in the bowl that contained the fruit, sprinkle it evenly over the fruit in the cake tin. Break up the topping dough into crumbs and stir in the crushed biscuits. (The recipe suggested that the topping could be broken into quite large pieces, but mine just turned to fine crumbs as soon as I touched it - I think it needed more butter!) Sprinkle the streusel mixture evenly over the cake. Bake for 45 minutes, or until a test probe comes out clean of any damp cake batter,  then cool in the tin. 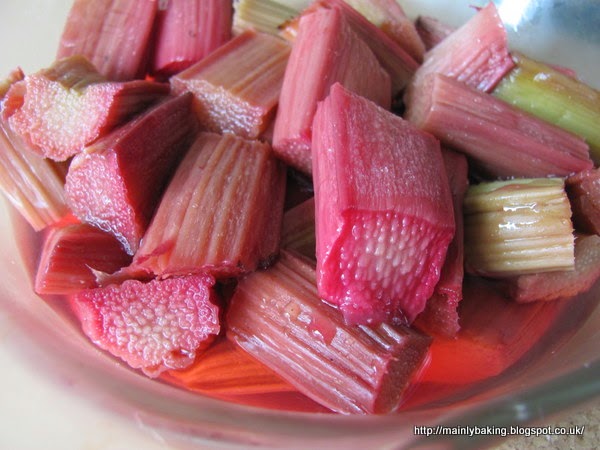 I served this with oven-roasted rhubarb and natural yogurt. I used more fruit when serving as I felt that there wasn't enough in the recipe. 250g didn't completely cover the surface of the cake batter; I think at least another 100g of fruit could be used, if available, but this is certainly a good way to use up small quantities of fruit, if you are buying forced rhubarb.

The base was heavier than I expected - it had more of the texture of shortcake than a sponge cake - but it held up the fruit and streusel layers well. The flavour of ginger, and the extra crunch from the crushed biscuits, gave the streusel layer a good contrast to the base. I'm sending this to the celebration of rhubarb taking place, until the end of the month, at Lavender and Lovage and Farmersgirl Kitchen - The Great British Rhubarb Recipe Round-Up.
Posted by Suelle at 11:53

This is JUST amazing Suelle! THANKS so much for joining in too! LOVE this recipe, Karen

I can just imagine how lovely the ginger biscuits would be with the rhubarb, it's the perfect combination. Many thanks for joining us for the Great British Rhubarb Recipe Round Up.