Or ...... my homage to the elusive Monegasque fougasse! 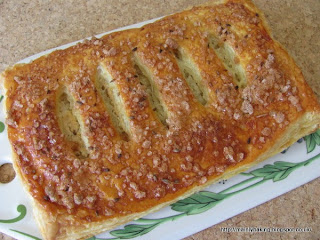 Monaco is a tiny principality nestled on the coast between France and Italy, so as you'd expect, the traditional foods of the country take their inspiration from both those countries, and from the sea. There are very few foods that are unique to Monaco; I found references to a salt cod dish, sweet and sour onions, and a sweet fougasse, but not much else.

Naturally, the sweet fougasse is what grabbed my attention when it came to making something for the Formula 1 Foods challenge over on Caroline Makes blog. The idea is to make a recipe inspired by the country where each round of the F1 Grand Prix is taking place. The Monaco GP stands out from the others - it's  a street race in very glamourous surroundings. Even if you're not interested in the race, you can admire the super-yachts as the cars race past the marina, or wait for the inevitable collisions as two powerful machines both try to take the same restricted road space at the same time! 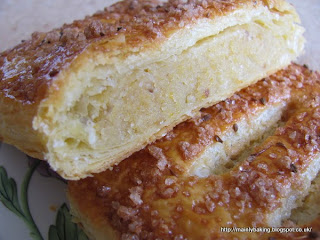 At first, I thought the Monegasque fougasse was just a sweetened form of the usual bread recipe, flavoured with almonds, aniseed and orange flower water, but the more I looked for a recipe, the more doubtful I became about this. Many websites referred to pastries, and some to crisp biscuits. Admittedly, the only recipes I could find were for bread (and all the recipes looked as if they came from the same source), but a commentator on one of the recipes I looked at was adamant that the dough should not contain yeast!

Anyway - you know that I don't get on well with yeast doughs, so in the end I decided to take my inspiration from the flavours contained in the sweet fougasse, and make a frangipane filled pastry instead. 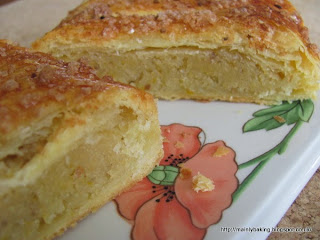 I used half a block of ready made all-butter puff pastry, which I rolled out and cut into two rectangles approximately 18 x 12cm. I made a frangipane mixture from 50g ground almonds, 50g caster sugar, the zest of a mandarin orange, 2 teaspoons orange flower water, 1/2 teaspoon of ground aniseed, 1 egg yolk and about half of a lightly beaten egg white, to make a stiff paste. 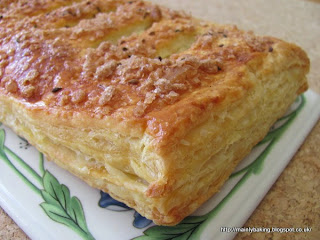 The frangipane was spread onto one of the pastry rectangles, leaving a 2cm border around the edge, which I brushed with some of the remaining egg white. I rolled the second piece of pastry a little larger, so that it would fit over the mound of frangipane, and placed it on top of the base, pressing down well around the border, then knocking up the edges of the pastry with the back of a knife. Finally I brushed the top with more egg white and sprinkled with a little crushed raw sugar mixed with a pinch of  whole aniseeds, and cut some slits across the top of the pastry, through to the frangipane beneath. This was baked for about 20-25 minutes at 200C, until the pastry was well risen and a dark golden colour. 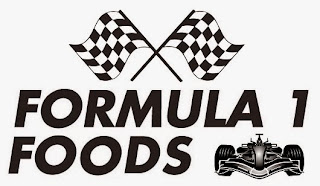 We both really enjoyed the flavour of the filling for this pastry. The aniseed was strong but not overwhelming, although, like caraway, it's a flavour that some people dislike. If you're not sure you like it, I'd recommend using less the first time you try it, especially if it's a sweet recipe. The orange notes were a more subtle backnote to the almonds and aniseed, but still noticeable. I also really liked the way the soft frangipane filling and crisp puff pastry worked together - a match made in heaven as far as I'm concerned!

The next F1 Grand Prix is in Canada - that should be easier to bake for!

I'm very fond of some aniseed now and then and this sounds very fine to me. I've never tasted a genuine sweet fougasse and I think I'm too scruffy to get into Monaco. I did watch an apparently genuine native of Monaco making a fougasse on French TV last year, though, and he definitely used yeast.

You're just adding to the mystery, Phil! ;)

I like aniseed, but I've never tasted a sweet fougasse either. I looked at recipes on a few French sites and they all used yeast. Yours looks delicious, and I love the filling.

Oh good lord everything about this ticks so many boxes from pastry to marzipan to aniseed. I have to make this cake / bread thing!!

Thanks for being such a great contributor to Formula 1 Foods and for putting in so much effort! This bake looks amazing!